Alabama takes its child support obligations very seriously. Each of a child’s two parents has a responsibility to help raise that youngster. For this reason, the state’s default method of calculation necessitates the combined income of both parents. If one parent earns a lot less money than the other, that parent’s money is still counted toward the child’s upkeep.  Discuss your case with a Birmingham divorce lawyer.

Therefore, only a person’s legitimate offspring are covered by this duty. A stepparent is not required by law to give financial support to a stepchild. So, their salary can’t be factored into a biological parent’s child support obligation. For legal purposes, only the biological parents are responsible for meeting the monetary costs associated with raising a child.

This, of course, does not preclude the stepparent from willingly providing financial support to the stepchild or children. If the biological parent who remarried is responsible for paying child support, the stepparent can make those payments instead. As an added bonus, they can supplement the care given by the child’s biological parents.

Simply getting married again will not affect child support.

The calculation and distribution of child support do not immediately change upon remarriage due to the fact that stepparents are not legally compelled to support their stepchildren. For instance, if the custodial parent remarries a high-earning partner, the other parent’s child support obligation will not be reduced because of the new spouse’s income. Non-custodial parents are just as responsible as custodial ones. In the event of a subsequent marriage, the new spouse’s income will not be factored into the determination of child support obligations.

Depending on the new circumstances, financial aid may be adjusted.

Although being remarried does not immediately result in an adjustment to child support, it might have a knock-on effect on the amount of support one pays. This typically occurs when one spouse’s subsequent marriage causes a dramatic shift in the couple’s financial situation.

Think about a parent who has custody of their children and who later marries someone who earns significantly more money. Let’s assume this new partner pays for all or the vast majority of the parent’s outgoings. It’s possible that the court didn’t count on the custodial parent for much of the child’s support because they had so little disposable income before the marriage. But since the custodial parent now has greater discretionary income, the court may order them to pay a higher child support sum. 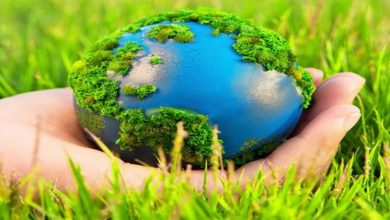 What Is Considered Automotive?